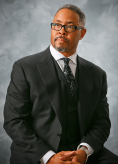 © 2023 All Rights Reserved. Site by The Church Online, LLC